Texas singer-songwriter Leslie Waugh not only crafts beautiful songs, she delivers them with a beautiful voice, whether she's solo or fronting full tilt band.  In a recent review, music writer and critic Richard Skanse said, “Her songs are real winners too, full of buoyant melodies that never sag or drag and lyrics that convey both maturity and a young-at-heart spirit that’s playful but never fluffy.” Leslie began her auspicious songwriting career by attending a song workshop hosted by Terri Hendrix and Lloyd Maines because she wanted to just hang out with the duo.  That weekend sparked a life changing passion for her.  Fueled with conviction and hard work, she began honing her craft.  Success soon followed. Leslie was named a Regional Folk Finalist at Kerrville, a finalist at Songwriters Serenade, and nabbed both Houston Songwriter Association’s Songwriter of the Year and Song of the Year.  In 2011 she released her first CD, The White Cat Sessions.  Then in 2014 Leslie released her first-rate sophomore CD, on·ward, produced Lloyd Maines and Terri Hendrix and featuring some of Texas’ best musicians.  Leslie is currently recording her third music project to be released in 2022.

"Onward, her second album, is where Krafka (Waugh) really arrives. Produced by Maines and Hendrix, the whole record sounds fantastic, crisp and full (but never cluttered)...But Krafka, despite being a rookie separated by that formidable bunch by decades of collective experience, holds her own all the way through with conviction to spare. Her voice alone is a real find: sweet but assertive and ribboned with color, it glistens through “Beauty,” swaggers sassily through “Whiskey High,” and settles like a golden-red sunset over the river of pedal steel on “South Texas Fall.” Her songs are real winners, too, full of buoyant melodies that never sag or drag and lyrics that convey both maturity and a young-at-heart spirit that’s playful but never fluffy. Best of all, though, is the way she handles herself on the album’s one cover, “Drunken Poet’s Dream.” Memo to Ray Wylie Hubbard and Hayes Carll: hate to tell you this, boys, but while you were sleeping, that woman done stole your song." ---Richard Skanse, Lone Star Music Magazine

"Leslie Waugh Krafka (Waugh) is a genuine songwriter that writes about topics ranging from storytelling to matters of the heart. She’s never trite and always seeking truth in her lyrics with a style all her own. A little bit of twang with a saucy spice of city slicker. It makes for an intoxicating mix that leaves the listener wanting more."  --Terri Hendrix, Singer Songwriter, Author, Musician & Producer

"All in all I was quite pleased that I had been “blind sided” by this performer and look forward to following her progression down the musical road of life."---Eddie "Edge" Feranti, Houston Music Review

"Don’t try to predict what direction singer and songwriter Leslie Krafka (Waugh) is going to head. If you do, you’ll just embarrass yourself. With her new album, “on.ward,” Krafka mixes tough and tender with a heavy dose of audacity. She does true love (“Stay With Me”) and heartache (“The Pain of Losing You”) exceedingly well. But Krafka is not afraid to call out a two-legged skunk on “Wine, Women and Song” or throw down a few too many (“Whiskey High”). And she has the guts, chops, confidence and yes, audacity, to cover the gritty Ray Wylie Hubbard/Hayes Carll song “Drunken Poet’s Dream.” If that’s not enough to grab your interest, and your ears, “on.ward,” produced by Lloyd Maines and Terri Hendrix, features an all-star cast of Texas players and just sounds great."---Jim Beal, Jr., Third Coast Music Network

"Having the opportunity to have seen the maturity of Leslie Krafka’s (Waugh) music from the listener and the on air host side I can without reservation recommend her new CD “onward”. The title itself frees Ms. Krafka’s writing and opens a new chapter for her and the music, with full respect to the process of story writing “Onward” is a complete musical novel. Ms. Krafka’s cover of Hayes Carll’s & Ray Wylie Hubbard’s – Drunken Poets Dream should appease the feminist and bring a smile to the opposing view of the song."---Rick Heysqueirdo, KPFT's Lone Star Jukebox 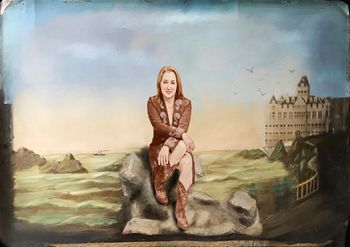 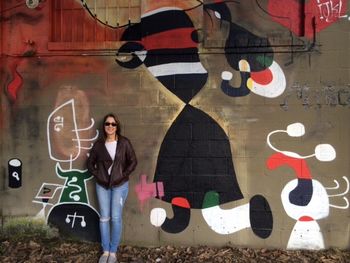 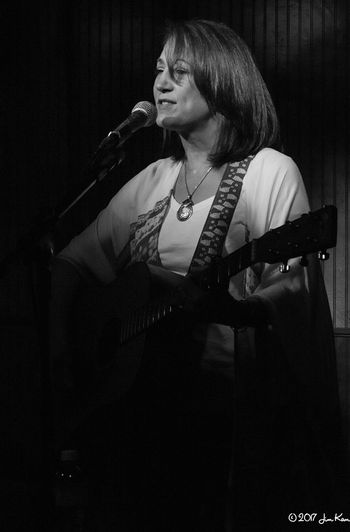 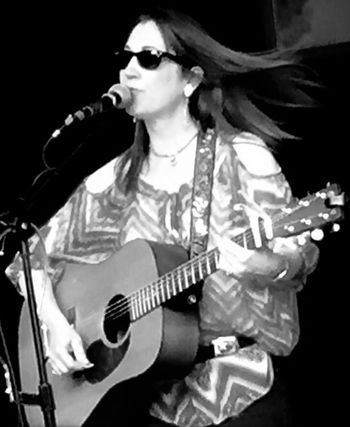 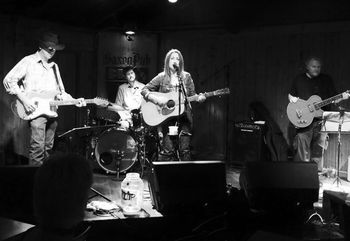